... and not just in my lecture series. Via Naked Philologist, I have just been informed that the Church of the Holy Sepulcher in Jerusalem -- the ultimate goal of the First Crusade (and many others to Palestine) -- is in danger of collapsing in on itself. Most of it has to do with the warring factions of churchmen who dwell within the church. Let The Times 'splain:

The church has been vigilantly managed by six competing and often fractious Christian denominations — Roman Catholic, Greek Orthodox, Armenian Orthodox, Coptic, Syrian Orthodox and Ethiopian — since an agreement reached under Ottoman law in 1757.

Rival denominations often battle for access or space and the congregation at the annual Easter service sometimes resembles the terraces of a boisterous football match. The keys to the main entrance of the church have been held by a Muslim family since the 12th century because the Christians do not trust one another.

2 things here: 1) in all seriousness, see how Jerusalem -- holy space, more generally -- incites such passion, and 2) how quickly that passion can lead directly to violence. Because, it's not just that the factions don't trust each other, it's that they don't trust each other to the point that they actually engage in fist-fights over intellectual slights, be they real or perceived. Oh, and maybe it's just the medievalist in me, but isn't it just plain weird to think of Franciscans involved in fist-fights? 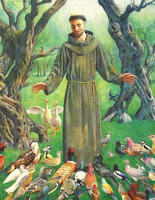 Posted by Matthew Gabriele at 1:16 PM

Wasn't some dispute at the church an excuse for the Crimean War?