Put Me in the Zoo 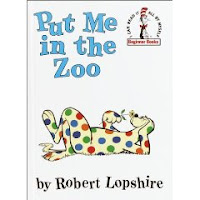 Won't you see what I can do? I can't make my spots disappear though...

Anyway, since it's coming to that time of year again, and others are promoting themselves, why not do the same?

This panel will address intersections between medieval scholarship and popular understandings of the Middle Ages. The boundaries of the Middle Ages have always been rather fuzzy and they are progressively becoming more so. In addition to traditional challenges from classicists and early modernists, many colleges and universities have recently been changing their curricula to include World History and non-western fields. This gives medievalists of all stripes the opportunity to see the Middle Ages in ways that challenge a purely Eurocentric definition of what "medieval" is. At the same time, those outside of the academy are privy to myriad interpretations and re-interpretations of the medieval in media including (but not limited to) video games, blogs, architecture, popular literature, and film. And especially since 9/11, we must include journalism as well. Medievalists are called upon to comment and correct these interpretations at a time when their own understandings of what makes the Middle Ages are themselves being challenged.

We see these developments not only as challenges, but also as opportunities to engage with our colleagues, our students, and the wider community in new and interesting ways. Thus, a roundtable, recognizing the vast number of topics that could be discussed, is not constrained by the panel’s expertise. Instead, the format allows the discussants to start new dialogues with the audience.
Posted by Matthew Gabriele at 9:24 PM

Engaging with this as a blog-post rather than an advert, why do we need to pay more attention to journalism than before 9/11? Didn't that episode, for the sake of argument, rather show the strength of non-traditional media and rapid-response internet news outlets compared to journalism, which has been shilly-shallying between `our brave boys' and trying to find a new Watergate in it ever since then?

Well, you SHOULD just come to Kalamazoo and join in the fun, but realizing that these are tough economic times...

I don't think this panel suggests that we need to pay more attention to journalism after 9/11, but rather that journalism engages with the "medieval" much more often now than it did before late 2001. Think of the outpouring of crusade scholars who offered forth. Heck, I was reading an article about the attack on the Sri Lankan cricketers and the journalist was talking about how this event demonstrated medieval barbarity. Because, you know, no one in the modern age would shoot at anyone else...

You should pass that one on to Carl, I believe he has first pick of the really stupid ones... :-) But thankyou for the clarification, yes, I had misunderstood. As for the Zoo, well, maybe next year, but I've only just got my bank balance back to where it was before the last US trip...