An Idea for Open Courses 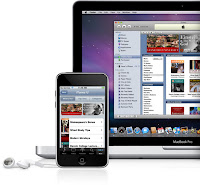 I apologize in advance, since this is kind-of a half-formed idea. The logistics to pulling it off could be quite daunting (then again, perhaps not, I guess we wouldn't really know until we tried it). Anyway, browsing around, I've noticed that a fair number of people have mentioned just in passing that they've been taking advantage of the various open university podcasts (Yale's list available here) available via iTunes U (link will open iTunes).

I use podcasting in my own courses and have found them to be quite effective in engaging students, including getting them to do the reading. I don't, however, record and post lectures or discussions, since I feel like that would kill the point of coming to class for most students. Anyway, I'm intrigued by this open university idea, which goes back to earlier discussions on academic publishing and open access. This podcasting, to me, seems like just another form of that, albeit one more focused on the teaching than research part of our mission.

So, would anyone be interested in trying something out? I can get the things up on iTunes via the VT site (click on "public access") and I can help give pointers on technology, since I've recorded myself for my own podcasts. In addition, I think I know of a way to gets these mp3/ m4a files to me once you've recorded them. But that can wait for later. These are the ideas I had:
So, what do you all think? Would anyone be interested? Do you have colleagues who perhaps - shock, horror! - don't read blogs but might be interested in helping out? If so, comment here or email me directly and I'll try to put something together.
Posted by Matthew Gabriele at 9:23 AM

I'm an iTunes iconoclast, so the platform puts me off, sad to say.

But I'd like to see how podcasting works that isn't what everyone else is telling me to do, i.e. record lectures. Anything that would get students to engage with the material before the class would be welcome.

The Yale course material appears to be iTunes-free so I'll take a look at what they're doing.

Janice, well, I'd direct you to iTunes to check out my podcasts but...

You can also get @ 1 version of some podcasts I did via http://feeds.feedburner.com/podcastsonmedievaltexts

Anyway, I use them in my courses as prep for class meetings. The students have to listen to the 3-4 min. audio before they do the reading for class discussion. The podcast gives them background on the text they're reading, as well as study questions. They have to type up their answers to the study questions and bring them to class. This way they have to have done something before getting to class and can't have answered the questions without reading the text. Plus they have something in front of them to kick off class discussion. Has worked so well in the past year or so that it's become an integral part of every course I teach now.

Because I run Linux on my computer, iTunes is not an option for me as well. iTunes runs only on Microsoft or Apple.

The podcasts in the feedburner feed are from June 2008 or earlier. Please consider a non-iTunes feed for more recent and upcoming podcasts.

Mike, Thanks for the note. The podcasts you've seen were put up when I last did them for one of my courses, so that explains the lag. If we do new ones, I'll try to put them up on feedburner as well.

I think that if this is to be done some open format is really what's required. It would irk me recording something to which I couldn't then listen in the final version! But that said, I think this is a fascinating idea. I could record any number of `medieval minutes' and maybe even try the course thing over more time. Another possibility that occurs to me is a sort of `Your Questions Answered' slot where common misconceptions or problems are addressed, like an audio version of the old ORB pages...

Good idea about the "your questions answered," Jon. The idea would definitely be to let people access this stuff, so open access is a must. Would you be interested in helping out?

This is the second reason I apparently have to buy a microphone this week... But yes, as far as I can: mail me and let me know what rôles you foresee here.

A decade or so ago a philosopher friend and I had an idea to do a "radio" show in the spirit of "Car Talk" except for Philosophy. The realities of the job market in his field and now mine have separated as the tides of time have rolled like breakers....anyway...since then I've had a similar idea for things medieval and medievalism aimed mostly at the general public rather than students specifically. Not sure I have the sense of humor to pull it off, but "questions answered" thing would be a good place to start and podcasts an easy and "free" way to do it.